I have always been a fan of Fullmetal Alchemist. One thing that always caught my eye was the Transmutation circles. When digging into them I discovered they are actually loosely based on actual alchemy which just peeked my interest even more.

It had been lurking in the back of my head for a while I wanted to something from the series, then it kind of culminated when I started using my laser etcher. I would transfer the transmutation circles something you could carry, just a little trinket you could carry in a pocket, a coin.

The first attempt did not turn out to great. I ran the etch but then realized it was deep enough for my liking so I ran it again. Well somewhere in that process something got fudged and I ended up with a double image instead of a deeper etch. so that entire board was ruined and I had to toss it. Sometimes when it's a 'pet project' set backs like that will cause it to be shifted to a back burner or even tossed out for simple frustration. This time however I was determined to make it work, and seeing as how I had some down time from orders it wasn't a stretch to make it happen.

So the second attempt turned out much better and after a little polishing it up I got it to mold. I have to say the cold cast silver coins turned out pretty amazing and now I'd like to share those with you. 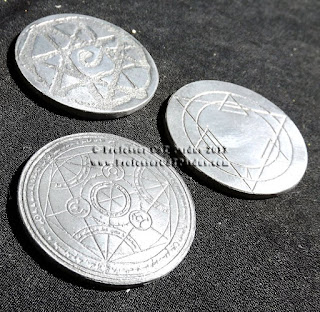 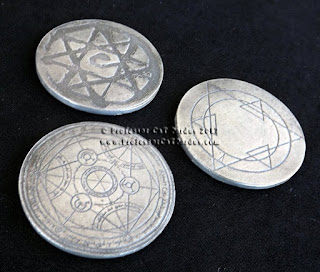 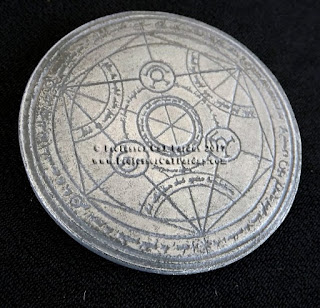 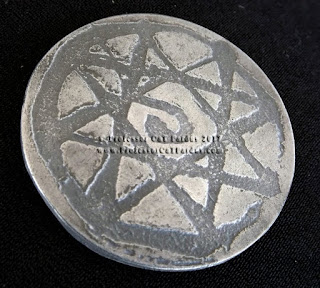 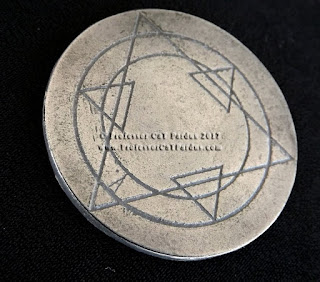 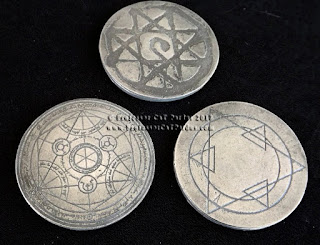 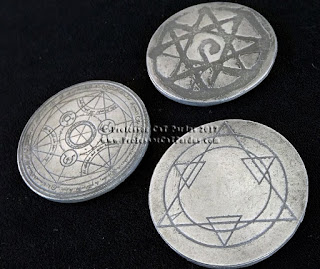 If you'd like to have your very own New Monarchy pin you can head over to my Etsy Store and pick one  up.