When Bungie started releasing all of the various promotional pictures for Rise of Iron one specifically caught my eye. It had an awesome look to it and immediately got my brain going on how I could make it. This was the picture. 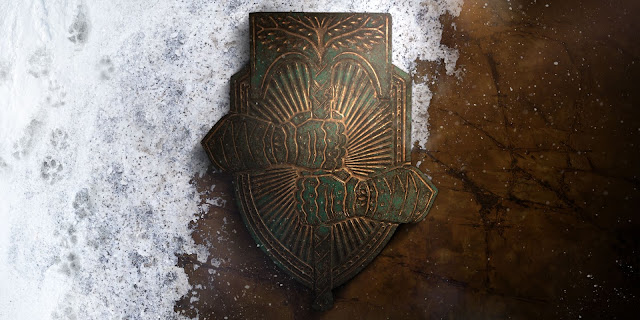 I jumped on the interwebs and started searching for anything I could find which at the time wasn't much. But really all I needed was the image above. I went to work cleaning up the picture best I could so I could capture as much of the detail of it as possible.

Once I had the clean image I made myself a vector image of the logo and imported it in to my 3D software and got to work making it a 3D object. It didn't take to long to get it sized right and then I sent it over to Jarvis to 3D print it for me while I was working on other stuff. The first one didn't turn out very well then the second was a little to deep, so I ended up printing out 3 versions to finally decide which I wanted to continue with. 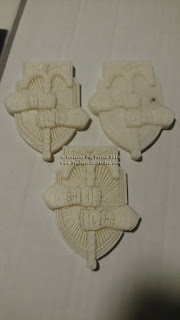 I cleaned it up to something I was happy to mold and right after I popped the original out I powdered the mold to cold cast. 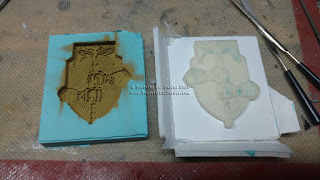 Here's that casting fresh out of the mold 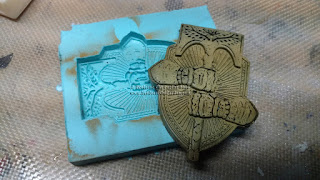 You can see in the picture that in some of the small lines that it actually had already damaged the mold on the very first casting. I ended up taking the original and filling in some of the deeper crevasses to make them more shallow so I wouldn't be tearing up the mold every time I cast one. I poured a new mold and while I waited for it to cure I decided I might as well shine up what I already had so that I could get and idea of what they would end up looking like. I gotta say I liked what I had so far. 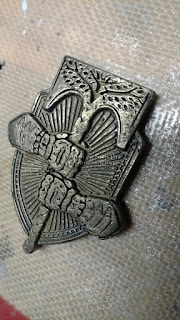 So once the new mold was set I decided to cold cast in pretty much every metal I could. Here are the results. 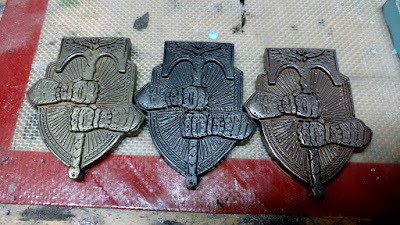 Here they are shined up and pretty. 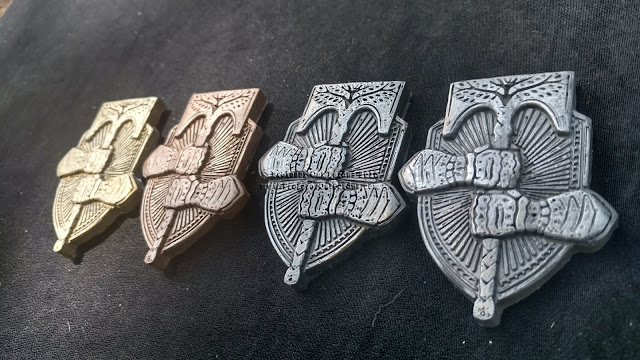 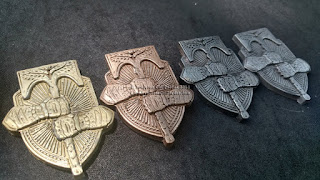 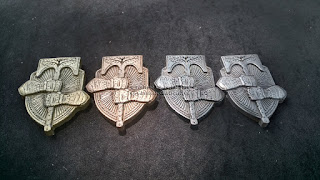 So if you would like to purchase one of your own and show your Iron Lord status head over to my Etsy store and pick yourself up one.
Here