Back in 2015 I made a Scout Rifle that most destiny players are at very least aware of, The Jade Rabbit.

Back then it was a quick one off for a commissioner that wanted it for a Xmas present. I had taken a mold of the Jade Rabbit emblem that's on the side of the gun. I had originally just made it so that I could have 2 identical emblems to put on the gun. After the holiday rush had settled down me and a few friends thought why not use the mold and make a few more.

Well, it ended up getting a little out of hand. 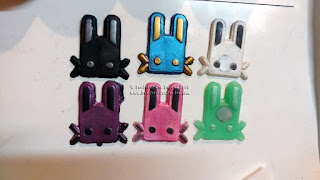 As you can see in trying to embed magnets in them a few turned out a little less than perfect and yes the one on the lower right glows in the dark. I had a bit extra glowy resin when I was casting some strange coins so it got dumped into the rabbit.

Well here we are almost a year and a half later and as I was looking around the shop collecting the various projects that had fallen to the way side. There they were still hanging on my freezer. I had originally intended to put them up for sale but somehow that thought got lost. Well I dug out the old mold dusted it off cleaned it out and decided to cast a few more. This time I thought why not do some cold casts.So here they are in silver (aluminum) and brass. 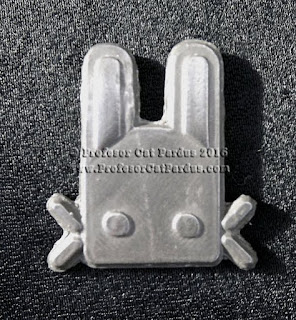 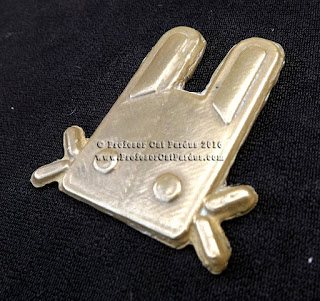 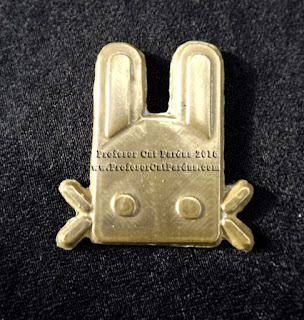 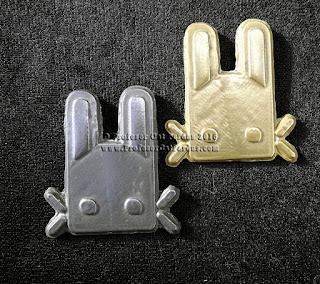 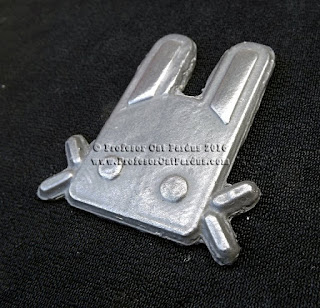 Let me know what you think in the comments below. The colored ones will come eventually ;)


After all this time I would like to offer these little guys to you so if you would like to own your very own silver or brass Jade Rabbit emblem head over to my Etsy store and pick yourself up one.
Here