These were a very interesting addition by Bungie. I already made a post about them when they were still rumor but not long after that post I got a commission to create one. The only way to get them in Destiny was to refer a friend. My chances of getting one were very slim seeing as how most of my friends were already playing or had no intention to play so when I received a request to make one I realized "hey maybe I'll get one after all"

At the time of the commission there was not a 3D model to draw upon seeing as how the only look at it was the preview video for the bonuses for referring a friend. So I collected all the reference I could find at the time and started working on a 3D model of the sword. It didn't take all that long with this one given the details were pretty straight forward, the hardest part was getting the angles right and connecting things that, as usual, were not connected in the digital version.
Here is a picture of the finished 3D model.

I proceeded to 3D Print the sword as usual from the pummel up, handle, then cross guard, then the bits attached to the cross guard that I started referring to at the swords roll cage. If you look at it, it does seem more like a roll cage than anything practical. I did not print the blade it's self given that there wasn't really much detail as far as the blade goes so I opted instead to build it from scratch in wood. Here are a few progress pictures. 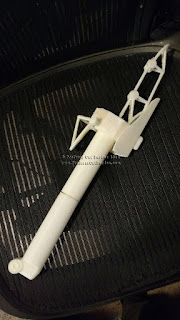 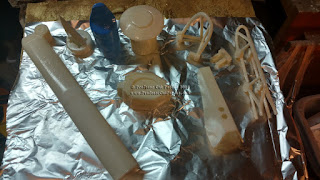 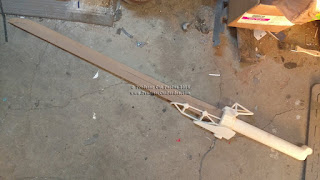 Once I got it to a finished state, I then started making mold of the individual parts. Thankfully all of my molds turned out pretty spot on. Then I ran into a whole new set of issues.

A few of the parts are very 'thin' and after I had cast them found them to be very fragile in the grand scheme of things. So clearly the typical resin I use to cast my parts wasn't going to cut it. Luckily I had some higher tensile strength resin on hand, the type used to cast 'functioning' parts, basically if the piece has to move a lot or is under stress a lot. I had this on hand because I typically use this for pins, triggers, or swing arms in my guns. I tried it out and luckily it fit the bill perfectly.

I had cast the blade prior to casting the rest of the parts to get a head start on the final challenge on this build. The commissioner wanted the blade to have the effect that the one in the game has, in other words, in this case, the drifting void wisps. I had tried about 4 different ideas on how I could manage this and still keep it from becoming to fragile and looking correct even if it was only on display.
I researched how other people had accomplished 'magical wisps' or 'flaming' props and had tried most of them. the unfortunate problem is they all had something that didn't quite work for my application. I finally started thinking about maybe doing it in a clear resin somehow and realized, every time I over poured a mold, I would peel off the extra that had spilled over and mostly cured and would most times twist and squish it into odd shapes just because I could. 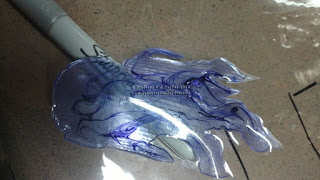 That was it! If I could do that with mistakes then chances are I could do that on intentionally. The main challenge was I only had the cure time to work with. I had to pour it, shape it, color it as I wanted and then get it on the sword blade to shape it before it fully cured. I did a test run and while I turned out way to dark it was a proof of concept, it was possible. So I gave it another go, this time it turned out much closer to what I was looking for. At this point I had a great starting point and with a little bit of touch up paint I got the effect I was looking for.

Here is a few test runs of various methods I tried. The ones on the right are the first run at the clear resin test. 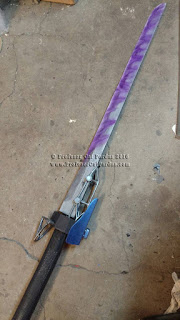 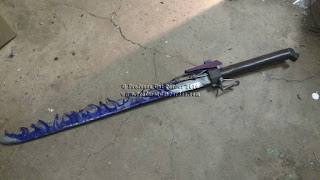 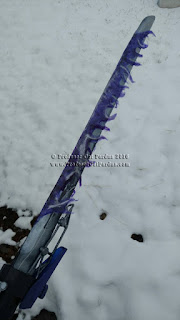 Here are tests that the commissioner liked. 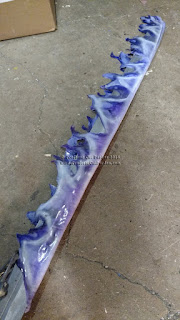 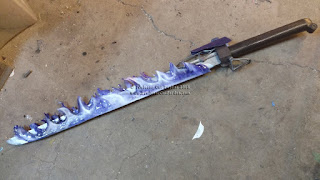 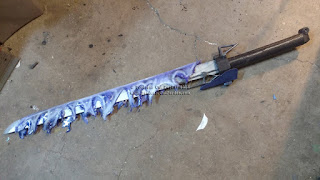 Without further ado here are some finished pictures of the Void Infinite Edge sword. 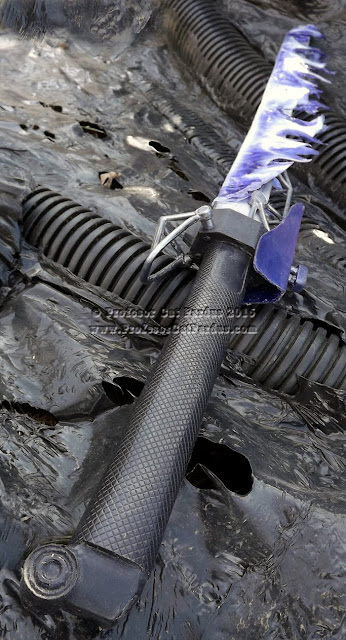 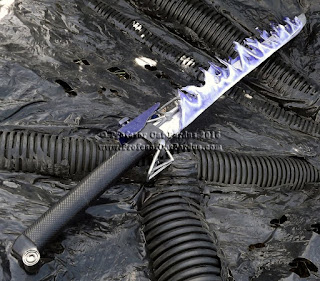 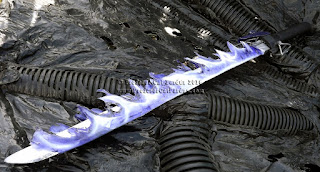 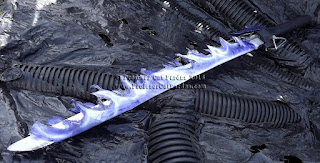 I sell the versions without the 'flames' here are a few pics of those. 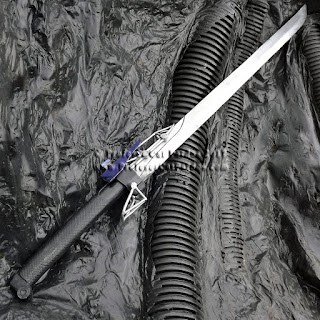 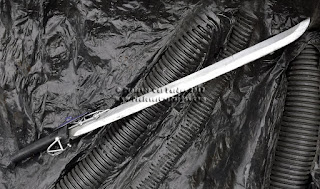 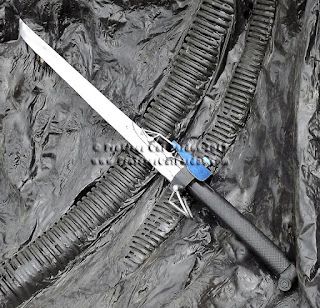 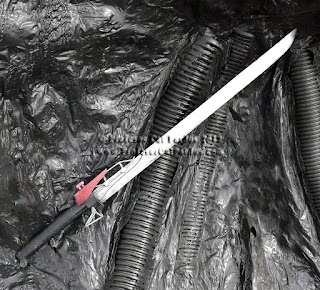 If you'd like to have your very own Infinite Edge (Void, Arc, or Sol) you can head over to my Etsy Store and pick one  up.