Project Destiny: Age of Triumph and the record books

I am a big fan of Destiny, as if that wasn't obvious by this point. It's the one game I have played the longest in a long run of video games. Now don't get me wrong it does have it's issues, one of my biggest complaints is the lack of new content, which after the luster of the last DLC wears off it just becomes a grind again.
I have pre-ordered almost all of the expansions as soon as I heard about them (only missed out on the dark below) I do my best to keep up with the news about upcoming destiny events and such. When I heard that this Age of Triumph record book event would be the last 'new content' I have to admit I had many mixed emotions about it. One part of me is bummed that the game I have loved will no longer have anything new to do, however another part of me is excited that they are focusing there energies on Destiny 2. I am hoping that they will give us a little more than the grind for better gear.

I do love that they are giving us a final celebration of all of our accomplishments over the years, even offering the 'you did it' T-shirt if you reach rank 7. As I was watching the live stream announcements of what this update will bring I saw something in there opening that made me have a 'I want to make that' moment. I wanted to celebrate the event. Share something with all the guardians out there that have trudged through the hive, broken the cabal lines, fought off the waves of vex, Gunned down so many fallen, and decimated the taken. I wanted to add my own small token to the memory of the years since we heard "eyes up guardian" from that wonderful little dinklbot.

I saw the crest that they are using for the Age of Triumph and thought to my self 'I want to make something with that.'

I sat down and searched out the crest, and finally found one that was high enough quality to do what I wanted to do with. Then I thought of the other record books and decided I would expand on the initial idea. I got to work on digital work and once I was happy with the results I sent it over to Jarvis 2.0 and started on the laser etches.

Once the 'smoke' had cleared here's the results. 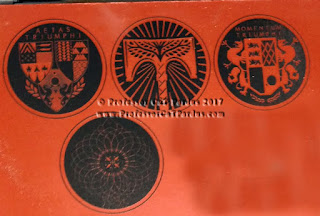 I took these raw etches and finished them up a little more. I was very happy with the amount of detail I was able to capture. 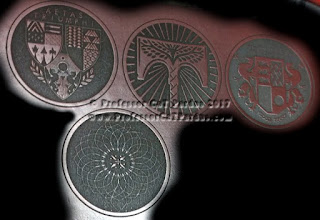 I was very excited to get it to mold, as well as rushing to try and get it done to 'release' it on the same day the record book comes out.

So here we have the record book medals, the results were exactly what I was hoping for. It is a small gesture to celebrate the triumph of our guardians.

I present you medals from Moments of Triumph, 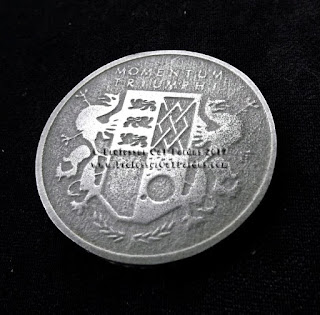 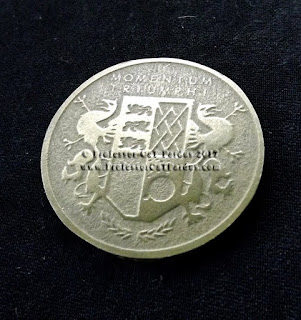 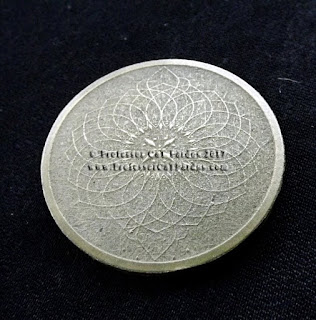 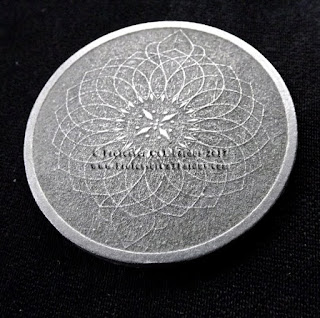 The Rise of Iron, 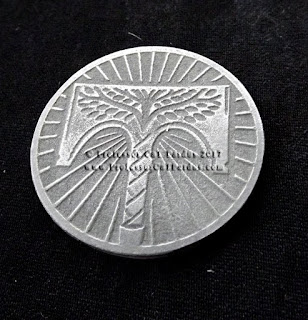 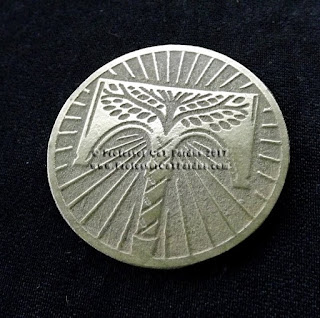 and finally The Age of Triumph. 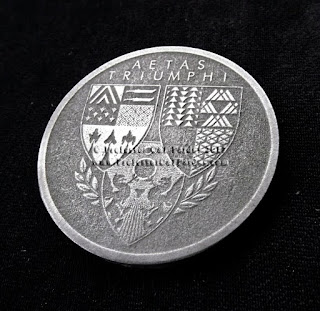 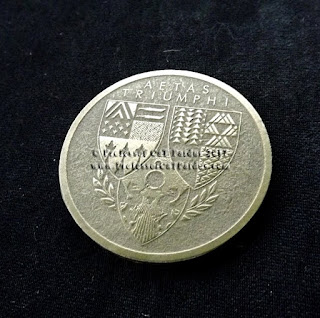 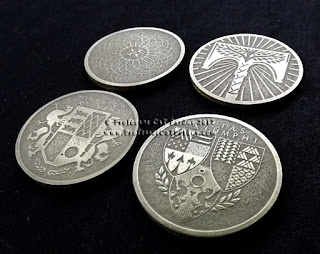 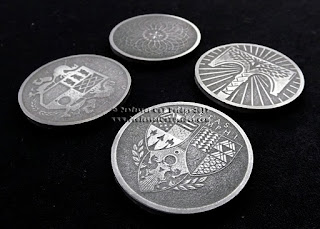 If you'd like to have your very own Medals of Triumph you can head over to my Etsy Store and pick one  or the entire set.