This was part of a larger commission order (list and links at the end.). I really do love organic shapes, not sure what it is about it but I love to work on pieces like this. Originally I had thought about making this one to kind of continue with the Word of Crota theme, but as often is the case, it got put on the back burner. When I got asked to make it by the commissioner I was very happy to have a reason to make one. It was a hard decision to make this a master copy to mold or to make a one off. When I realized the time did not permit the build of a master (that and a ton on my plate at the time) I decided to do a one off scrap build on this one. As those usually start, I drew up some blueprints.

Granted the blueprints for this one were more for size and general reference than a spot on plan. A lot of the pieces where made by eye. The pieces running down the side where a bit of a stumbling point for a little bit as they had to be the same going down the side of the Gun. I woke up one morning and had an Idea but had no idea if it was going to work or not. I had made the first of them and thought "hey I could make myself a mold" but I didn't want to commit silicone to something that I wasn't planning on making more than one of, so here is where the "I don't know if it's going to work" came in. I decided since I was planning on this being a foam build I would cast the pieces in flexible foam, in which case the mold did not necessarily have to be flexible. I decided to make a plaster mold and hope it worked. If it did I was betting on it lasting long enough to get myself 4 casting out of it. If it didn't my pieces may be ruined and I have to start it over again. Lucky for me the chance paid off, it worked and I pulled 4 nearly identical side pieces out of it.

After all the pieces had been assembled, and there where a lot, I gave it a few plasti dip layers and started painting it. The paint it's self was fairly simple with this build but took a lot of aging and highlight dry brushing to get the worn organic feel to it.

After I was happy with my paint job I tried something I had not tried before. I wanted to make parts glow without having to integrate electronics into the build (mostly due to it going oversees and not wanting things damaged before it reached the customer). I took a page from my Strange Coins and mixed up some glowing resin, again kind of a gamble especially since it was all but finished, but it worked beautifully. Set it in some light for a bit and suddenly you get the unearthly glow from various parts all over the gun, the eyes were probably my favorite part. In the end I was very happy with the scratch build and while it was hard to let it go I know the customer was very happy with what he had received. Take a look and judge for yourself. 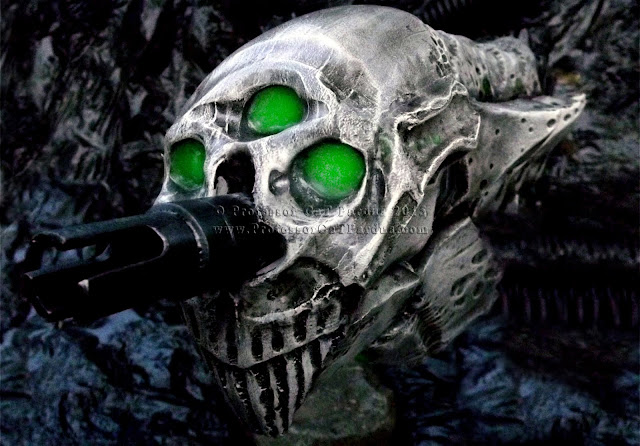 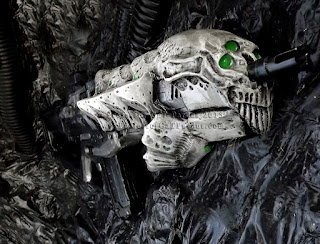 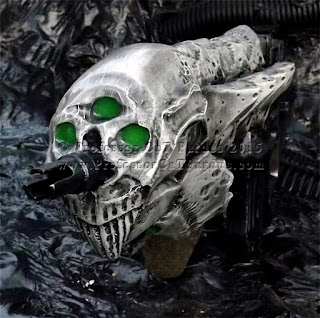 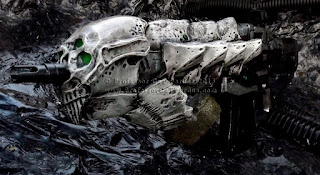 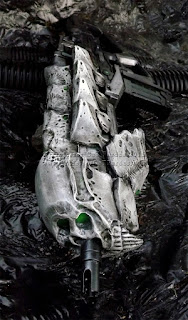 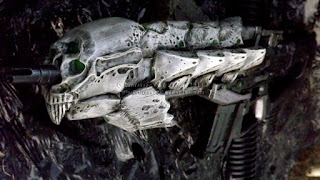 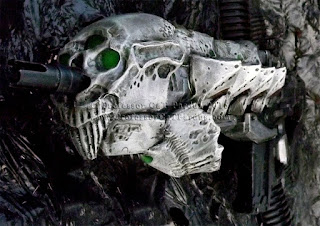 I was very happy with this build in the end but I have to say it was one of the more challenging guns I have made. Let me know what you think in the comments below.