There I am working on Crota Swords, Hunter blades, and 2 newly commissioned hand cannons, and I get another request. From the same person that has already ordered a Sword of Crota and the two hand cannons (Thorn and The Last Word). And they are ordering yet another Hand Cannon this time The Word of Crota. Again being so busy with my orders I had to do some research. When I looked it up it was pretty amazing because it was one I had come across earlier with the thought of "one day" but I hadn't really thought enough about it to commit the name to memory. Again, I had a reason to start work on one I already wanted to do. Once it was paid for I started this one on top of the all the rest. At this point my friend that liked my work enough to continue to commission pieces got the nickname, Mr. Japan. Long and the short of it they lived in japan and had spent a lot on my work. So it has become a common question among friends that visit me in the shop "another one for "Mr. Japan"?". So without further ado here are some progress pics of the Word of Crota. 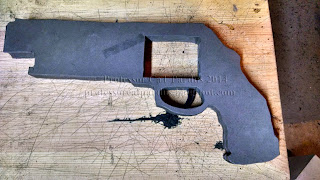 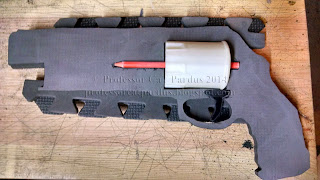 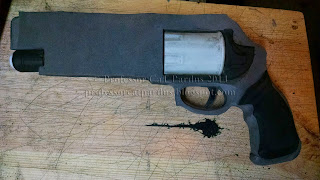 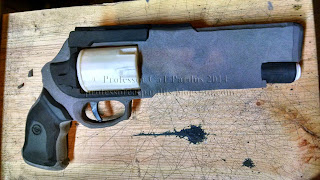 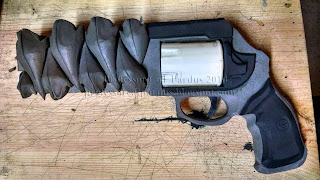 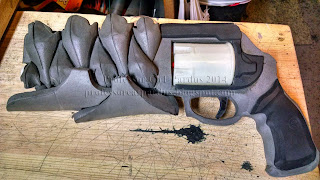 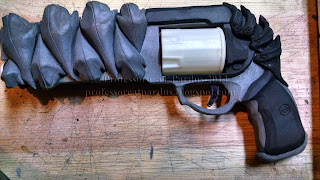 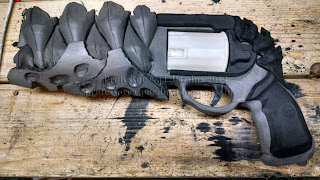 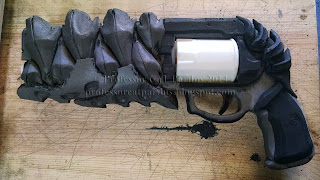 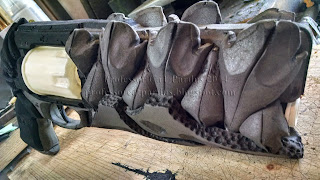 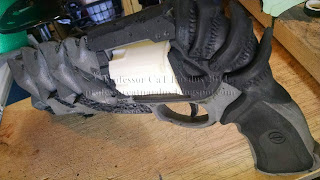 These two pics above where showing the commissioner the details just prior to paint. 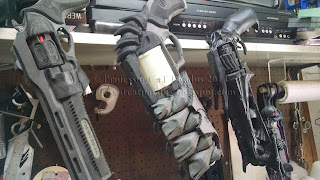 Thorn, The Last Word, and Word of Crota all hanging in various stages of their respective builds. 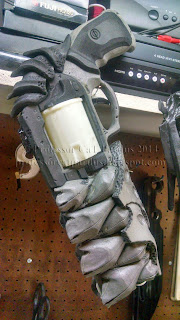 One more shot of WoC before it went to paint.

Without further ado the finished Word of Crota Hand cannon. 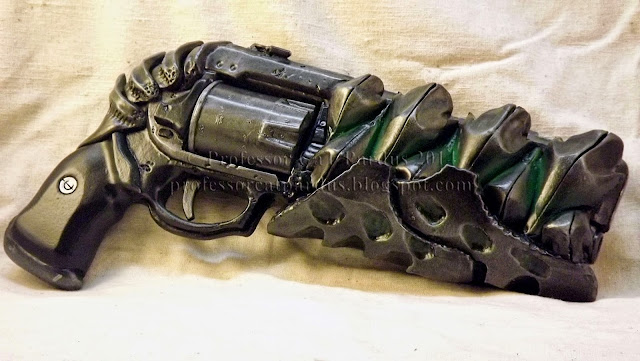 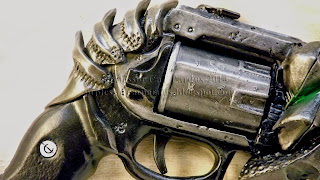 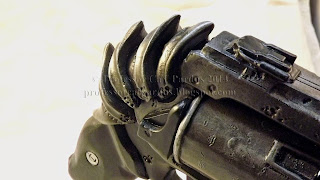 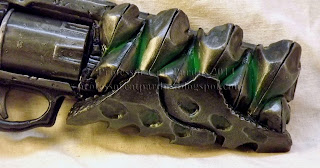 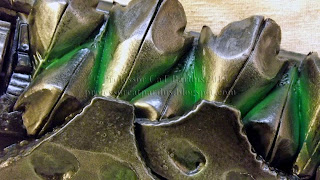 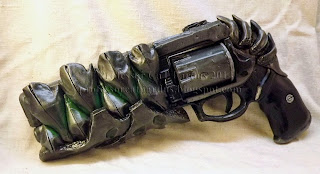 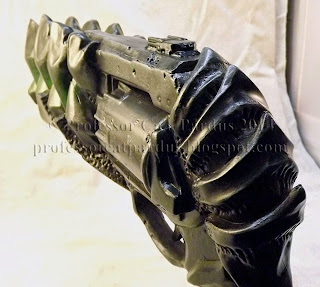 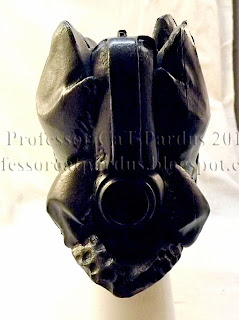 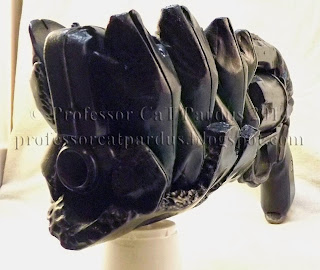 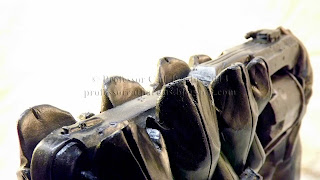 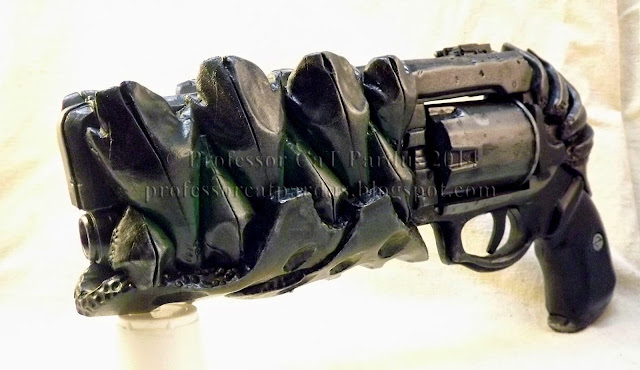