Deathwish: Cosplay for a Cause, Paine and Vincent Valentine costumes

The Deathwish for March happened to be a benefit for Tsunami and Earthquake relief fund, the tsunami devastated japan in many ways and we wanted to help out, so what better way than to take some of the proceeds of a night where people can go out, dress up, have some fun, and still be giving to help people in need. The entire thing was based on anime, which for those that may not know, was a term developed specifically to describe "animation from Japan" this includes everything from movie, series, and video games.

Figuring out costumes.
As I've said before each Deathwish has a theme and as me and my girl have gotten more involved with the night it has become more important that we actually dress for the theme. Sometimes this is an easy task and sometimes it takes a lot of thought to figure out how we can pull it off. Most often it falls to one major factor for both of us, ironically our hair. So with anime it was actually rather simple for me as most anime has at least one male character with long hair, for her it was more trying to pick one that was both notable and something she could comfortably dance in.
So for her she finally settled on doing Paine from Final Fantasy X-2. 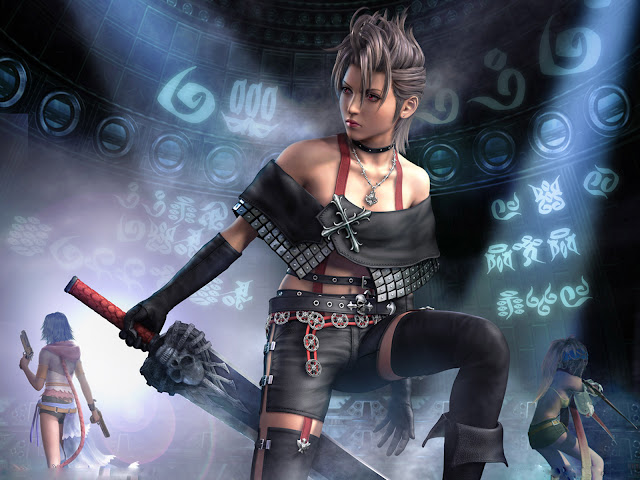 After I had been trying to figure out what it was I was going to do, I came to a face palm moment of realizing a perfect fit... Vincent Valentine. 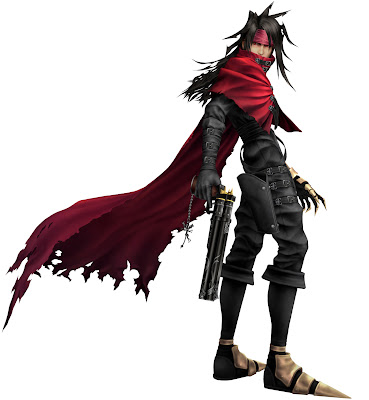 It's a costume I had actually been thinking of doing for some time now and it just hadn't really crossed my mind, until she had decided on hers.

When I started looking over the costumes they seemed like for once they wouldn't be THAT hard... well this wasn't exactly the case, while they were relatively simple the time crunch was the biggest factor in getting them done, on top of that I had flyers to make, gloves for a friend to work out (you can check those out here :)) and honestly just our normal odd schedule (she works very early mornings so my day usually starts around 3am). Oh and then there was making hers comfortable to dance in while still getting it as accurate as we could. After all the considerations, I got to work.

Piecing them together.
So where I usually start is collecting up materials, for this one we got pretty lucky that all I really needed was some material and a few accent pieces. Most of the rest I had on hand.

Paine
Paine's top
This turned out to be a big challenge as I couldn't really just do the wrap that it normally is as it would have to stay put while she danced, so we changed it a bit after the inspiration from a second life model of paine. So the top turned out to be basically a tube top and some arm bands, over all the impression looked right while still allowing her free range of movement. 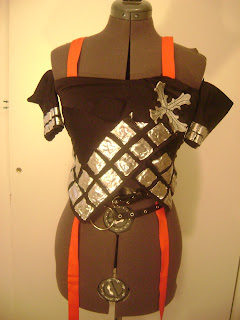 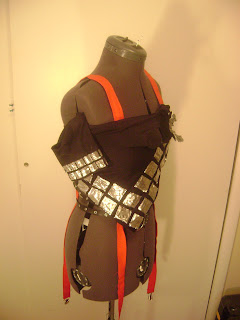 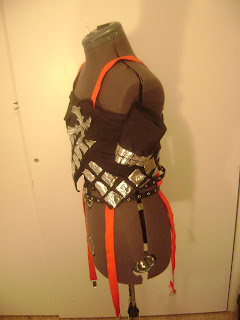 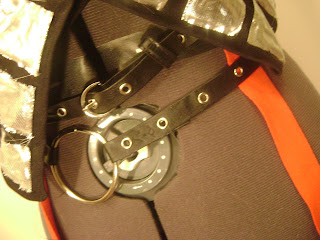 The straps themselves... wow made getting it on much more difficult but worked out just fine. The "stomach straps" were made and then attached to the red straps so that they would stay in place all night.

The red straps originally only went to the shorts but as a last minute change ended up going under the shorts to the stockings, worked out pretty well.

Paine's over all costume.
We decided to somewhat make do with the bottom half of the costume primarily due to time, so we went with some shorts and some stockings instead of going with the straps all the way up the legs, we left them as they were. This decision was mostly so that she wouldn't have to worry about things falling out of place while up on stage dancing. As for the boots we honestly thought her normal tall boots would both make it comfortable for her dancing and would also adapt the look for the night a bit.


Vincent Valentine's Capelet/cloke/cape
This piece I had thought would be fairly easy so figured i would start there and get it done first. turned out a bit more complicated than I thought, only in so much as getting the right look to match the actual character. Lots of research on this one... but i think it turned out pretty close.

One big consideration was getting the form right so instead of doing the normal capelet kind of pattern (a simple wrap around) I went with a more tube like pattern. 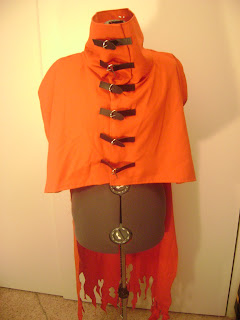 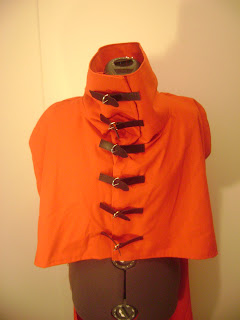 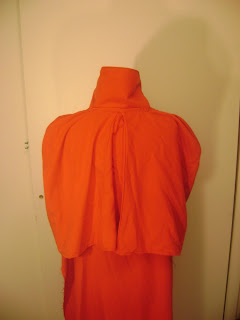 I quickly realized though that it would be a pain as it would restrict my arms a lot and likely try to buntch around my shoulders, so I added a little bit in the back to help with that. Worked out wonderfully :).

Next getting the collar to stay up, effectively two layers of interfacing helped this A LOT even though i still had to adjust it all night long.

The straps I tried to get as close as I could salvaging from an old belt, but didn't have the time to get the silver accents molded but overall still looked pretty close, I'll add them in due time :). 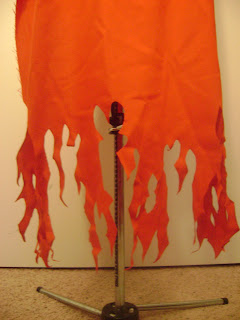 The back I took the time to get the look of the "tattered" ends right and then sealed the edges with fray stop. Though I should have done the same for the edges going up, oh well kind of added to the worn look. 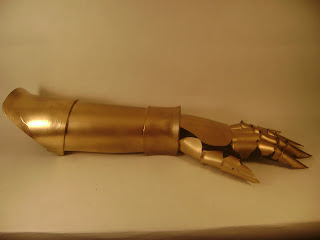 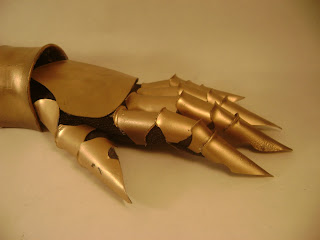 As usual, I love and hate working on gloves or gauntlets, mainly because it takes time to get them right and yet still be able to use my hands. I have to say though it turned out wonderfully from being made of 80% recycled bits and pieces. The only parts that were not recycled bits were the base glove and the bells on the elbow and wrist of the bracer, which were made from craft foam as I had a lot of issues getting the shape right with strait plastic.


The rest of Vincent Valentine costume.
As for the rest of my costume, well honestly some things I just didn't have the time to get done. The boots I went with my normal tall boots and didn't have the time to make the shiny boot additions as well as thought in a place so crowded the wouldn't likely have lasted the night. I already had leather pants so that wasn't really an issue, his top I decided to go with a black button down that I have, it had the right "flowy" look to it and gave me an extra pocket for the night.  The right arm was a last minute (literally hours before we had to head out) make shift set of straps that turned out pretty well. 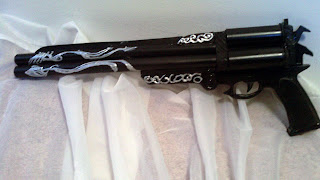 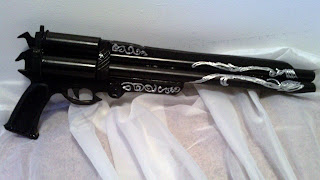 Now this was the one part that I wish hadn't fallen to the "if I've got the time" category I had started work on it at the beginning and had a mad rush near the end to try and get it finished in time. Alas I stopped working on it for two main reasons, one there was no way it was going to be complete in time (not as much as I would have liked it to be at least) and two I hadn't even started on a holster for it, and there was no way I was going to be carrying it around all night in how packed that place usually is. So, It will be done but I will save that for another post all in itself. :)

Over all I think for a bit of a rush job on them I think they turned out pretty well. Just wish we had gotten more pictures of us in the costumes, but who knows some other people may have taken some and we can always dress up again :) I'll add them if I find them. 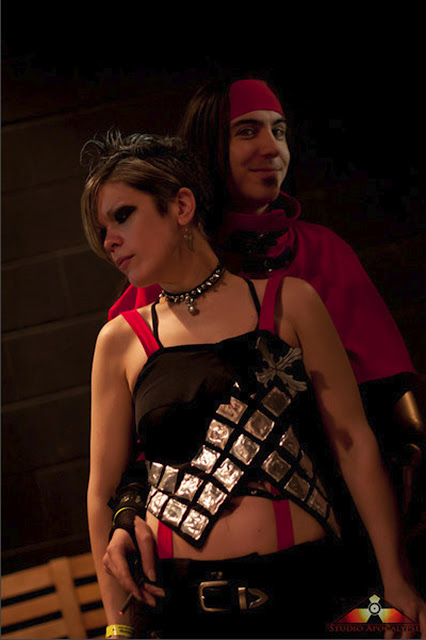 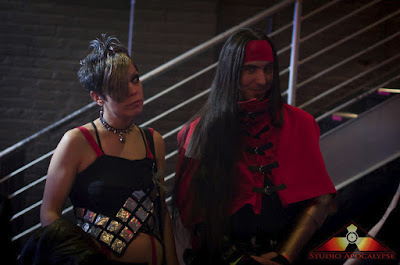 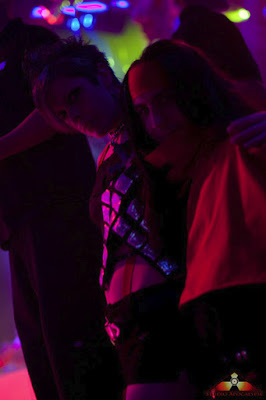 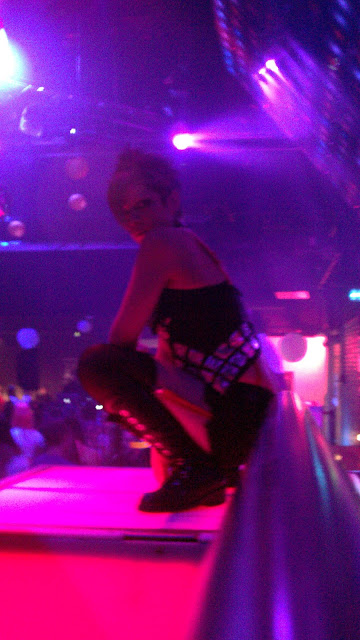 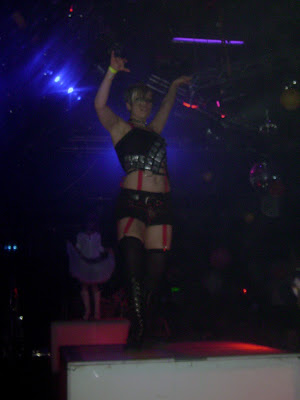 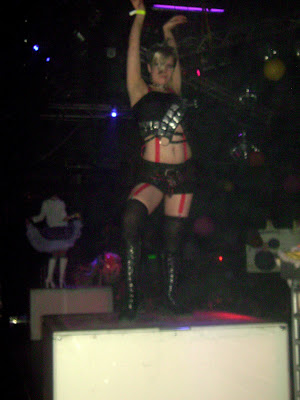 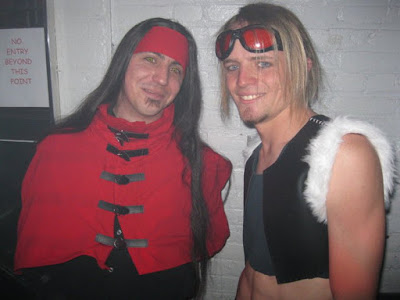