For this last Christmas I was going to make my girl  something that combined a game she loves and a movie that she has always loved since I met her. So if your hadn't already guessed the movie is the Lion King which she has many collectables for so the chances of finding her a piece that she didn't have already was pretty slim without her figuring it out. She also loves the Kingdom Hearts series but that one is pretty hard as she's already played through most of them so given I always try to make her something I thought why not combine the two and make her something there is no way she was going to have as well it would literally be a one of a kind seeing as I would be making it. I would make her a life sized Circle of Life Keyblade :).

Starting out I was trying to figure  out what to make it out of, when it comes down to it there are many options i could go with. I wanted it to be fairly sturdy and last so foam was out even with coating it with something all it would take is one bad move and the thing would snap, besides I wanted to get the detail in there. In the long run I finally decided wood would likely be my best option, doing wood work in the middle of the winter... not the brightest idea, but I did it anyhow :). I went and researched for a while, trying to get the scale figured out and get all the details worked out. After I had collected materials and reference, I got to work on it. I have to say trying to work on it and hide something this big from her was definitely a challenge. After many days of working on it i realized if I was going to make the Key Chain for it why not double it and make her one should could hang in her car. Then it hit me, why not offer that up as a present before I gave her the Keyblade, make her start thinking about it before I gave her the big part of it :). Here are some pictures of the finished product.


Overall it the keyblade measures 39" inches high and about 11" at it's widest point, with "keychain" it is about 57" inches total. The Keychain "pendent" measures about 3" inches wide by about 2 1/2" Inches high. 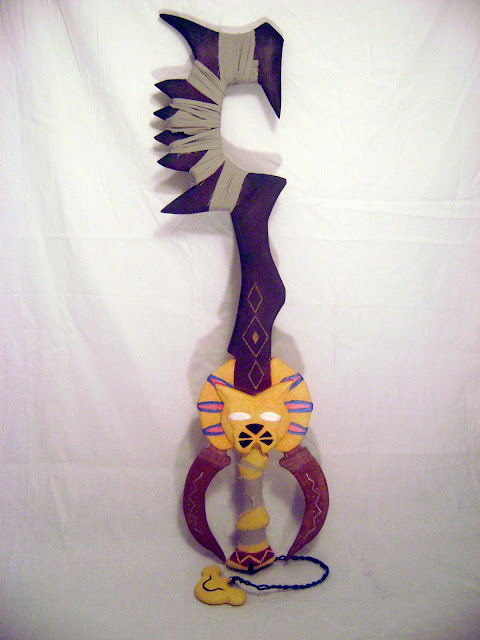 It's hard to tell in the Photos but the gold, silver, red and blue are all a "metallic" mostly to try and give it a bit of the sheen. The eyes actually have a slight pearl like look to them as well. 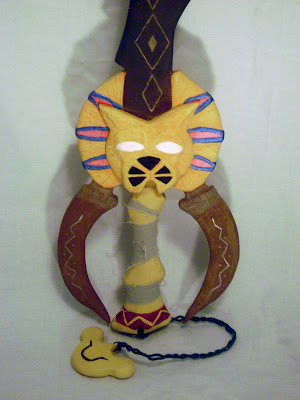 The wraps are actually made from an old pair of her work pants :) 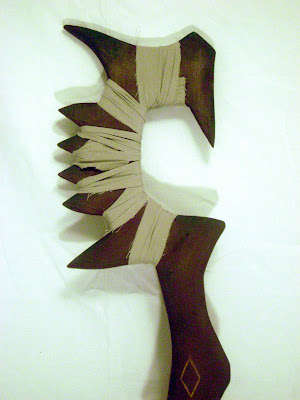 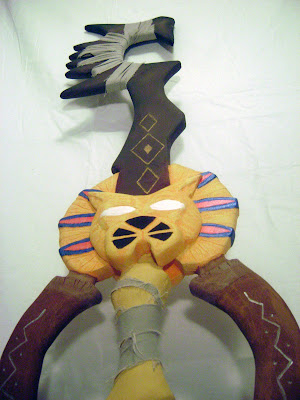 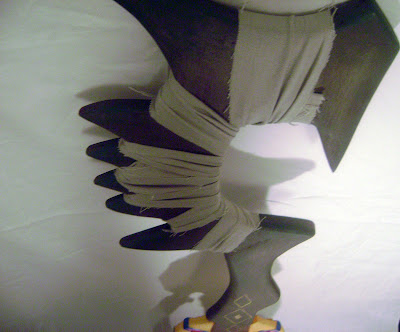 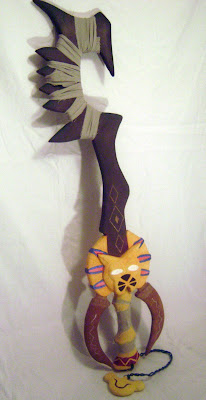 This is the larger version of the other one I made for her car. 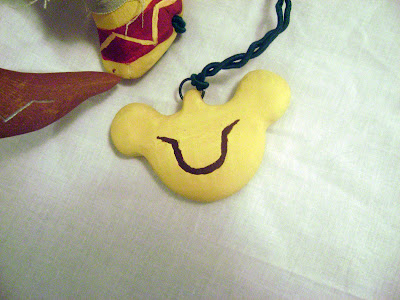 showing the details of both sides ... got them pretty close. 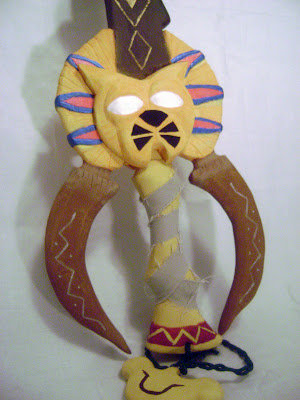 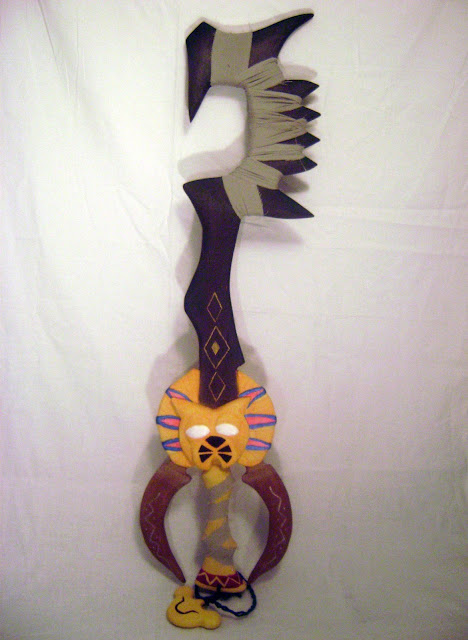