The 2010 Nerf Clear series. Not a lot to say about them other than the fact that they seem to be out in stores now. If you don't know already the clear series is 5 of the previously released blasters with clear shells. Granted I picked myself up a clear Maverick recently and I have to say I do like it, I think it's more being able to see the internal workings of them that intrigues me. We have the 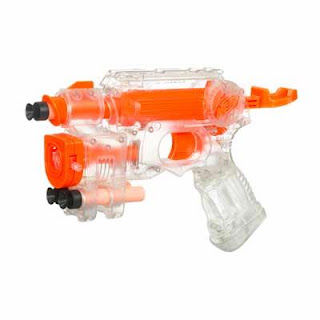 Then there is, of course, the NERF N-STRIKE CLEAR MAVERICK REV-6 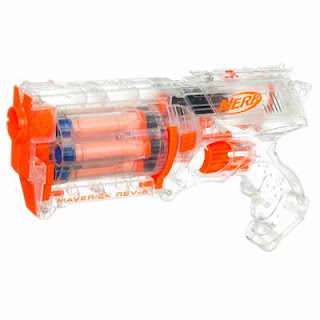 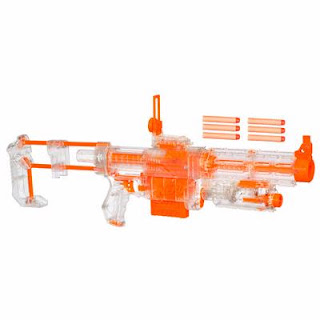 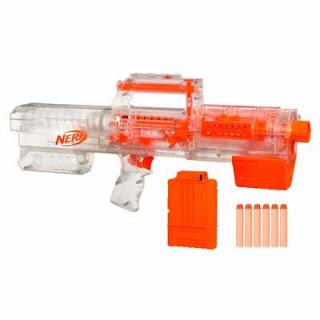 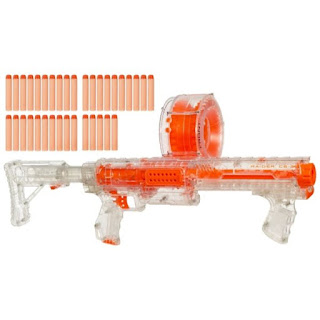 So with that said let me just say really there isn't anything internially different about any of them that i can tell. If you like the Clear, and a potentially limited time series, go ahead an pick one up but if the clear thing doesn't appeal to you the regular versions are available for roughly the same price.