So, this one was an interesting one to work out all the details on ... I started with a Nightfinder

, and started drawing up some ideas. I tried to break away from repeating a few things this time out, but i was also trying to speed up my process, as i do have a bad habit of letting projects sit for a LONG time before finishing them up. I started out with my sketch (that since I somewhat stylized :) ) 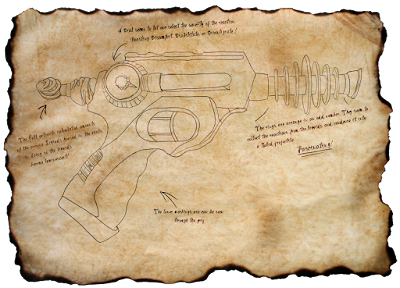 After that is was trying to figure out how to make it happen. I started out with the basic internal modifications to make it much more efficient. The barrel had to be replaced obviously and the air seal was very much improved by some simple mods, padding the plunger head a bit and adding another O-ring. After the basic internal stuff was finished I went on to start the cosmetic changes, shaving off the unwanted bits here and there and then filling in the gaps and sculpting them a bit.

Then I went to work on the handle carving out the gaps to give it the "cage" look I was going for. Once i had it carved out I started putting in the various gears springs and tube which unfortunately do not show all the well in photos, but look marvelous in person.The last picture was an attempt to show it lit up but it's hard to focus on something in the dark. 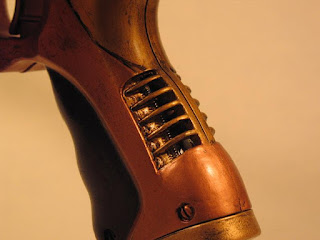 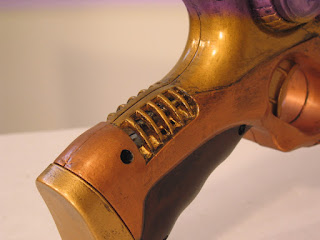 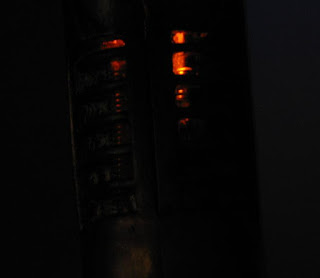 I worked on the barrel, making it appear much more like that I had sketched up with what materials i had on hand. The ring were made of clear acrilyc and buffed and shined on the edges ... a lot of work for 7 disks. 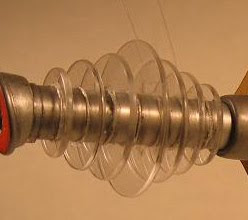 At that point I started in on re-purposing the electrical, which in it's self proved to be a challenge considering different voltages for different lights, but in the long run worked out. The tubes were on order and I started working on the sleeve for the pull, the "Gravity Gauge" and the "selector" on the opposite side.The sleeve was more to hide the plunger rod and to emphasizes the pull knob. 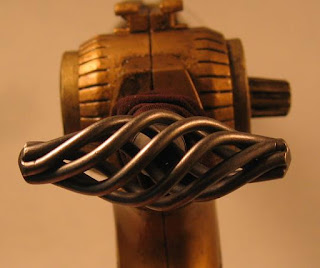 The Selector honestly took less time to make than it took me to find the "power levels" that ended up being Discomfort, Debilitate, and Disintegrate. I also put a stop inside the selector to prevent it from turning full circle and begin and end on the power settings. 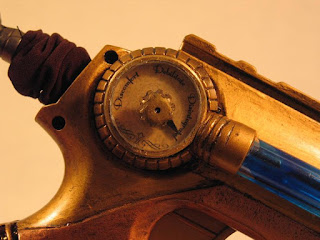 The "Gravity Gauge" as I have started lovingly referring to it as, was the attempt of trying to make the gauge more than just a static piece. I wanted it to move but didn't have the space to make it respond to the pull so... I created a gauge hand that moved via a counter-weight, the gauge moves via gravity (hence Gravity Gauge) and tends to jump when fired giving a rather pleasant feeling when you pull the trigger. 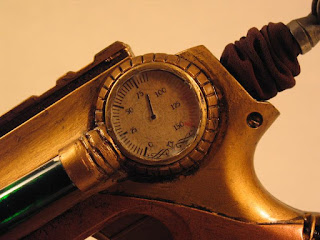 Both the faces of the selector and the gauge have an intricate filigree background as well as they have both been aged to give them a more antiqued feel.

Once I received my tubes I started on the surprisingly taxing task of coloring them. The finished product turned out pretty well for something I had barely tried before, and when lit gave a very nice look of the arcane to the tubes. 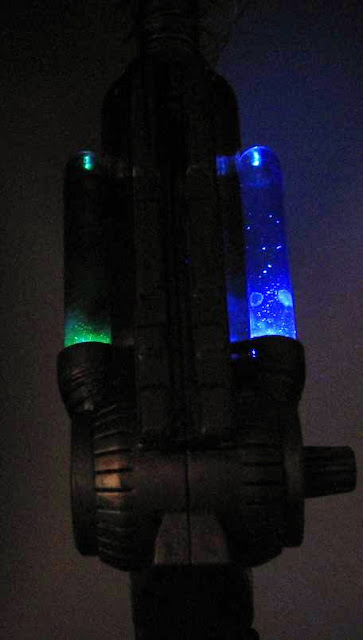 Honestly the painting was all done after nearly all the cosmetic changes were made. With the silver pull and barrel to round out the copper and brass accents I think the finished product turned out pretty amazingly after a bit of aging to the over all look.

Then after all of that came the daunting task of giving the beast a name, something to play on the disintegrate and the ray gun feel. Honestly this is the one part I always have the most problems with... this time my lovely girlfriend suggested a wonderful name that stuck immediately. And so I present to you from the workshop of Professor CaT Pardus.... The Xeric Volatilizer or more commonly know as simply "The Xeric" 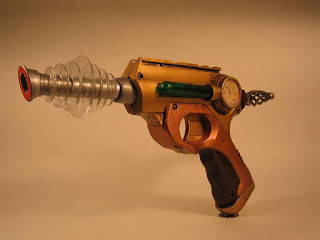 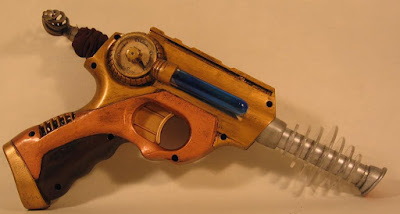 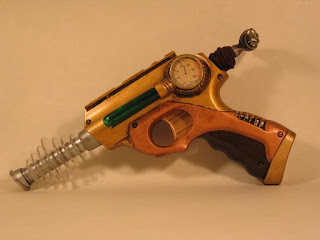 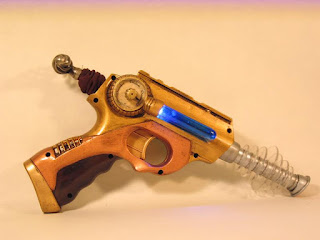 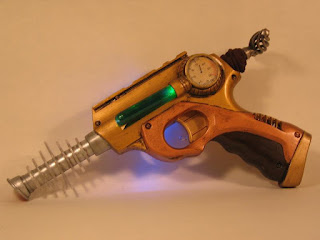 To see it in action check out my youtube channel and if you like it please head over and subscribe as there are many more to come and you wouldn't want to miss them.