So, I know it's been a while, but I tend to keep myself busy with many many projects at any given time. So I thought I would update with the project from the past. A few years ago while on the road me and a coworker, and friend, were living in the same hotel room. Many nights of boredom led us to buy ourselves some Nerf guns

. One of the first purchases I made was actually the Nerf Maverick

.  While spending many nights having shootouts with our Nerf guns I started getting the idea of modding. I bought a pair for the maverick

I already had and started thinking about paint schemes internal mods, and all sorts of things. I got to work, I would work my 10 hours a day, if not more, then go back to our room and tinker a bit. At the time I was going for a more post-apocalyptic Warhammer 40K

. kind of feel. I wanted something that looked as though it had seen battle, taken a few hits now and been dropped a couple times , and a bit of a dirty feeling.

So, over the course of about a week. I had created, what I present to you now. Granted, this is only one of the pair but the other one will come in due time.
To begin with the internal mods. The air restrictors were removed, and the plunger seal increased, as well as lubricated. Externally, was the pre-paint battle scarred look and then a very involved paint job with what I had on hand, while in a hotel room. How I managed to spray paint, while staying in a hotel, is a completely different story. I masked things off and spray the pieces on my lunch break. After everything was sprayed with its base coats. I would then spend my evenings doing the details by hand. All in all, I think it turned out pretty good and has lasted over three years with only minor touch ups to the paint. The aged look, actually only improved with time, as I used it fairly constantly over the three years. It has seen many many a city and traveled many many miles. 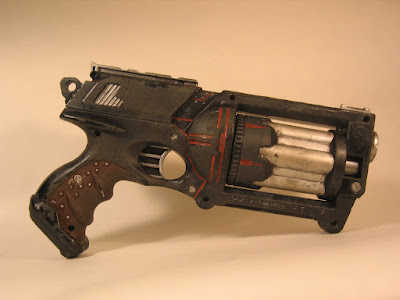 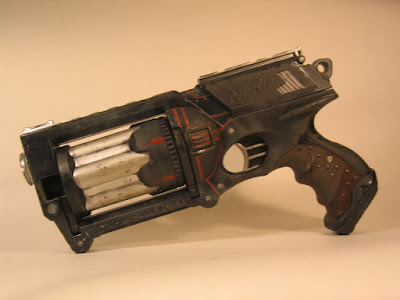 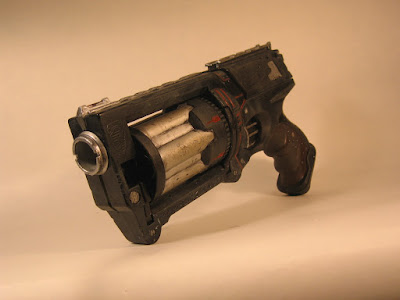 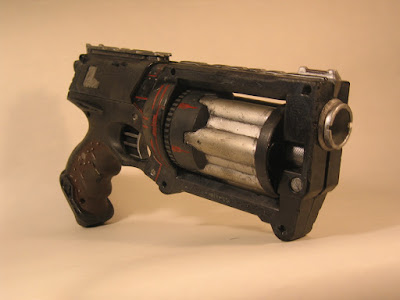 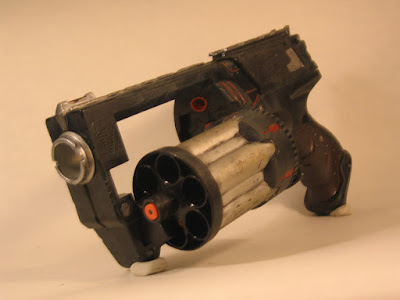 And Of course check out my Youtube video of this beauty:

So recently I ran across this wonderful creation that creates a great optical illusion. It is the perfect addition to any workshop to have a little company while working on your next project. 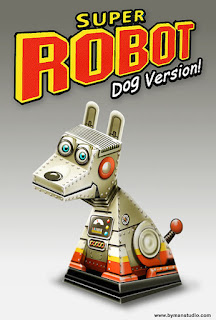 It's very simple to create and once it's done creates a beautiful illusion. As shown in my newest Youtube video Please subscribe to my channel as there will be many more videos:

If you would like to create your own you can get the click here for the PDF
Once you've got the PDF simply print it our, cut him out, and glue it together.
8 comments